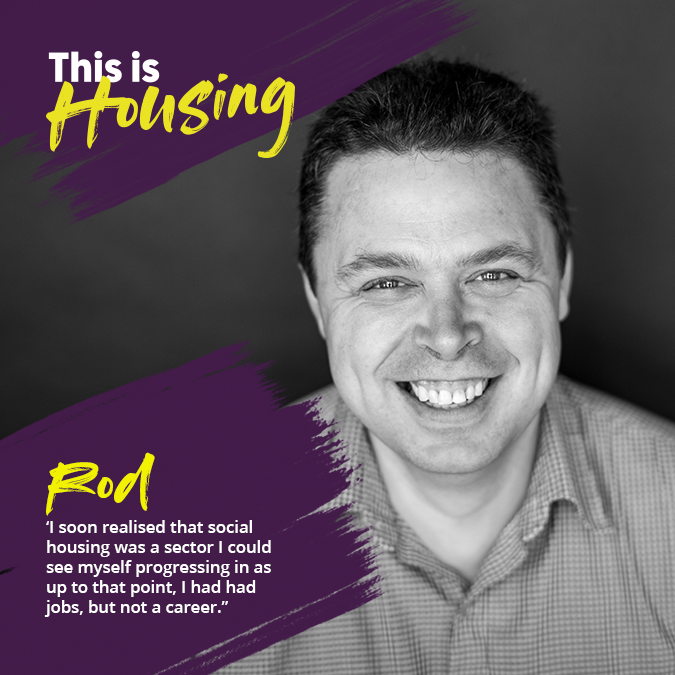 Before I joined Coastal I was a maintenance carpenter at Swansea Institute of Higher Education (as it was known then) for over 7 years and at the time, I’d never even heard of housing associations let alone contemplate a career in one – fast forward 19 years and I can’t ever see myself leaving Coastal!

Way back in 2003 I became an Area Caretaker for Swansea Housing Association (later to be called Coastal Housing), and I was responsible for my own area of housing stock carrying out day-to-day activities like grass mowing, grounds maintenance and general all-round link between the residents and Housing Officers.

I soon realised that social housing was a sector I could see myself progressing in as up to that point, I had had jobs, but not a career. Coastal funded me to do a Housing Management and Maintenance distant learning course through the Chartered Institute of Housing and shortly after this I was successful in gaining my first office based role as a Housing Assistant at the ripe old age of 35 – to say this was a scary prospect at the time is a gross understatement!

A few years later I was successful in further extending this into the role of an Area Housing Officer, managing around 500 properties in and around Swansea city centre, and then to my current role as Facilities Manager, recently re-designated to Head of Facilities.

The thing I love most about my job that no two days are the same – I know its sometimes an overused cliché, but I can honestly say that this is the case. I love the people, both whom I work with and for, and the fact that Coastal give me the freedom to be able make decisions but with the
knowledge that it’s okay to make mistakes, as long as you learn from them.

I’ve been very fortunate during my time here at Coastal in that colleagues have hugely supportive in my journey to where I am now, providing support, mentoring and coaching as well as giving me the opportunity to grow in each respective role and based on my experiences. I would say to anyone thinking about a career in housing, don’t think, just go for it – I would challenge you to find a sector where you would get more job satisfaction, progression opportunities and such a diverse range of people you would encounter daily.

Rod is Head of Facilities at Coastal Housing

Whatever your ideal career, there are plenty of ways to get into housing.
If you’re looking for a role you can search on Housing Jobs Wales, or look on housing association recruitment pages, which you can find here.

Made Digital by Ashley Bale IT Services